Susan Banks is the founder and chief strategist at Mobile Marketing Toronto. 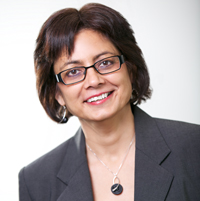 Susan’s interest in technology began in 1998 after buying her first Windows PC. She started picking up computer magazines for fun (yes, sadly so) and decided to go back to school full time, taking a Network Computing course in 1999. Her first full-time job was at an Internet start up, start down. After weathering the first IT crash in 2000, she worked in various tech jobs until deciding to venture into self-employment and online sales and marketing in 2008.

In 2011, Susan realized that mobile was the place to be. Instead of using outdated, ineffective marketing methods, businesses could reach their customers where they were – at the end of their cell phones. And Mobile Marketing Toronto was born.

In 2013 Susan co-authored the book “Mobile Marketing for Your Local Business”. Her chapter is on QR codes; how to effectively use them, creative QR code campaigns, and just as importantly, QR code fails!

Susan is an ethical vegan. Vegan – for the animals, for the planet, for our health.